My archaeological research focuses primarily on the evolution of complex societies in the tropical lowlands of southern Veracruz, Mexico, including the Olmecs and their Epi-Olmec and Classic-period successors. Specifically, I study the interactions among environment, economy, ideology, and political practice at scales ranging from the individual household to supraregional political economies. In pursuing my research I draw on my interdisciplinary training in anthropology, geology, and geochemical characterization to understand patterns of resource exploitation and exchange within their social and cultural context. My research also attempts to move the archaeological investigation of culture change toward approaches that address variability within and between ancient cultures and away from typological approaches that obscure variability within cultural types and present culture change as a sequence of steady states. The analysis of variability provides a more accurate characterization of cultural systems and allows more sophisticated analysis of dynamic change.

Beginning in 1983, I have investigated ceramic production and exchange at the Classic period site of Matacapan, and household organization at the Late and Terminal Formative site of Bezuapan. Since 1995 I have directed survey and excavations at Tres Zapotes with principal financial support from the National Science Foundation and institutional support from the University of Kentucky and Ithaca College, collaborating with colleagues from the Universidad Veracruzana, the Universidad Nacional Autónoma de México and INAH. Covering a span of 2,000 years, Tres Zapotes contains the longest continuous record of occupation for a major center in the southern Gulf lowlands, encompassing the Olmec, Epi-Olmec and Classic periods. This time span saw the emergence of the political institution of kingship, as well as the development of one of the earliest and most sophisticated writing systems in the New World. The main objective of my work at Tres Zapotes is to understand changes in political-economic power strategies in the transition from Olmec to Epi-Olmec times and beyond, including an apparent shift toward a more collective form of government around 400 B.C. To test this model, the current stage of research focuses on two related and critical aspects of Formative period political economy at Tres Zapotes: (1) the temporal and organizational relationships among formal civic-ceremonial architectural complexes and (2) differentiation in craft production at independent and elite-associated (or "attached") production loci. 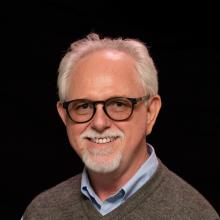