My main areas of interest are kinship, gender, the state, migration, and religion. I am interested in borders and citizenship as well. “Identity” is a rubric that encompasses all of these areas and is a thread through my work. In particular, I work on collective identity categories within the modern Middle Eastern state. In patriliny, the form of descent reckoning common to the vast majority of corporate groups and states from Morocco to Pakistan, only fathers pass on identity categories such as lineage, tribe, ethnicity, religion, and citizenship. I am very interested in the question of what cultural, social, and political outcomes patriliny engenders. How do new patrilineages form? What response does patriliny elicit vis-a-vis change, such as when people migrate or opt out of their patrilineally-conferred religious category? How do patrilineal identities such as tribe and sect intersect with and mutually form states and stateness? These are some of the questions that presently interest me and that are reflected in my recent work. Globalization has become an additional interest of mine as my field site has become a site for global flows of ideas, labor, capital, and people. I am especially interested in how patriliny is reflected on and reshaped in a global context, and also interested in the broader effects of globalization on daily life.

I am one of few anthropologists in the past century to do residential participant observation research in Kurdistan, the ethnic homeland of the Kurds encompassing parts of Turkey, Iraq, Iran, and Syria. I work primarily in the Kurdistan Region of Iraq, which has become something of a second home to me as I have worked there consistently since 1995. I find Kurdistan to be a rich place to think not only about things Kurdish, but about life in the region stretching from the Maghreb to the mainly-Muslim parts of Central and South Asia, which encompasses societies rich in diversity but that have in common Islam, patriliny, aridity, postcoloniality and autocracy. Here, there is much for an anthropologist to explore and ponder.

I have several projects in process, all of which further anthropological scholarship on identity, kinship and the state. I am interested in the 20th century processes of state-formation that led to what I regard as a conflation of patrilineal and citizenship ideals in the modern Middle Eastern state. I am beginning to work more in the areas of violence, religion and citizenship, bringing anthropological kinship theory to bear on the study of confessionalism and ethnosectarian identity, as well as exploring religious conversion in Middle Eastern contexts. I anticipate that these areas will occupy an increasingly important place in my work. 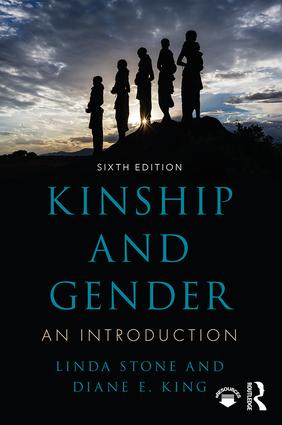 Linda Stone and I published Kinship and Gender (6th ed.) in 2019: "Does kinship still matter in today’s globalized, increasingly mobile world? Do family structures continue to influence the varied roles that men and women play in different cultures? Answering with a resounding ‘yes!’, Linda Stone and Diane E. King offer a lively introduction to and working knowledge of kinship. They firmly link these concepts to cross-cultural gender studies, illuminating the malleable nature of gender roles around the world and over time."

In my book, Kurdistan on the Global Stage: Kinship, Land, and Community in Iraq (2014), I focus on household life in Kurdistan’s towns and villages to explore the ways that residents connect socially, particularly through patron-client relationships and as people belonging to gendered categories. I emphasize that patrilineages (male ancestral lines) seem well adapted to the Middle Eastern modern stage and viceversa. I argue that the idea of patrilineal descent influences the meaning of refuge-seeking and migration as well as how identity and place are understood, how women and men interact, and how “politicking” is conducted.

Shorter pieces include a chapter on fear of violence in the field (2009), and a co-authored article (with Linda Stone) in which we advance a new way to understand masculinity within patriliny (2010).

In 2013-2014 I was a fellow at the Center for Historical Research at Ohio State University, where I contributed to its research theme for the year, “The State as Idea and Practice." 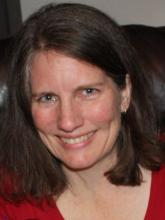