Why is Anthropology important for you?

1. Anthropology studies ALL humanity in ALL of its diversity - everywhere and in every time.

3. According to the Harvard Business Review (2009), Anthropology is among the best majors for students looking for jobs in the global economy and the U.S. Department of Labor projects a 21% growth rate in Anthropology jobs between 2010-2020.

4. Anthropology, more than any other social science because of its holistic nature, will help solve our looming global ecological crisis. Come see how.

5. Did you know that the following people were anthropology majors? 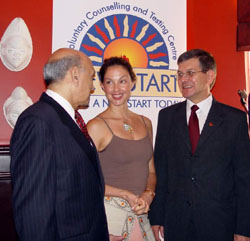